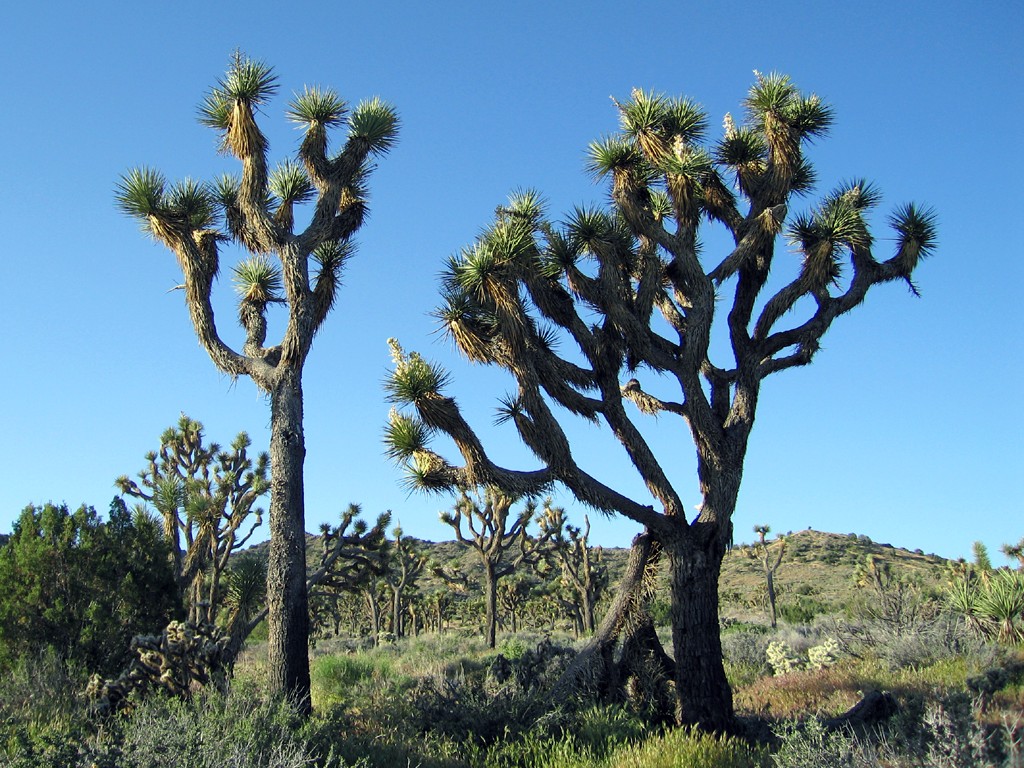 Three places to eat, two things to do and one place to stay, besides your new house.

In what was once a rural California desert town catering mostly to a nearby military base, Yucca Valley is gentrifiying into an inland Carmel-by-Sea. Celebrities are jetting in for Coachella, $4.5 million-dollar residences hit the market making the front page of The Desert Sun, and The B-52’s Kate Pierson channels the late TV host/ hotelier and Palm Springs dweller Merv Griffin with Kate’s Lazy Desert non-singing, side-gig. None of it’s a bad thing as it provides jobs to a growing region, but it only brings to mind Bob Dylan’s classic tune, “Times they are a changing.” 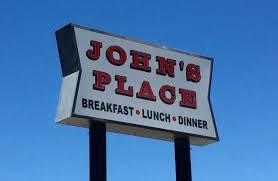 John’s Place is a classic road-trip dining experience. Eateries like this peppered dusty highways back in the day. Akin to a John Denver song, it’s a gem which makes you sing at the top of your lungs because it had a clean bathroom but served up nourishing comfort food too. Blues and browns tones help distance the standalone structure from the prior incarnation it might have had. Hard to do when the space is resembles any fast food joint, but you aren’t here to soak in atmosphere on a hungry morning after a hike. Order up any of the breakfast items especially the vast array of breakfast burritos. Overstuffed with egg and cheese ($3.69) to the gut-busting steak and egg ($8.25). In the evening, go for the steak and chicken combination dished with sauteed veggies ($16.95). The well-seasoned chicken cooked to fall-off-the-bone deliciousness. 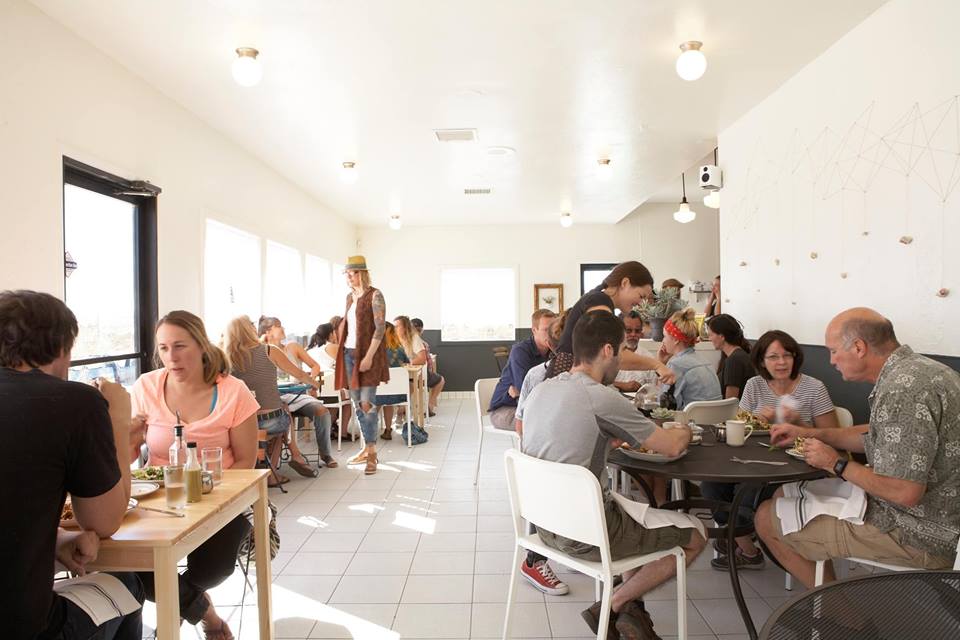 Written about by Eater LA’s Farley Elliot, La Copine (French for “girlfriend”) is worth the drive from Palms Springs, LA or any other California starting point. It’s even worth buying a home nearby to come to the restaurant on any given day. The progeny of cooking couple Nikki Hill and Claire Wadsworth, they rehabbed a former diner which now dishes up breathtaking farmers market produce plates. Starting off in Philadelphia as a pop-up before venturing West, both Hill and Wadsworth, are pros knowing their food stuffs. Crafting handmade beignets ($4) and housemade veggie or pork sausage (The Royal Crumpet, $10) atop freshly baked english muffins, the light filled brunch space opens five days a week, Thursday – Sunday from 9 am to 3 pm. Get there early and come hungry. It’s not a disappointment. 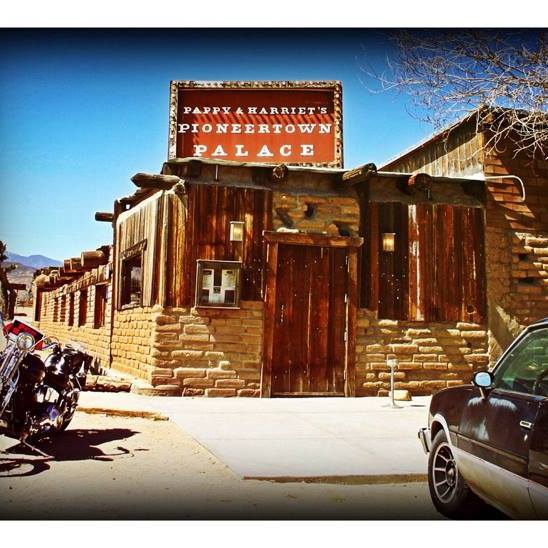 Known as a year round music venue with performances from international superstars Lorde, Paul McCartney, Vampire Weekend and Led Zepplin’s  Robert Plant, Pappy & Harriet’s, also serves up delicious grub. One almost expects a spaghetti Western Clint Eastwood to pop-out of the wooden saloon door instead of the millenial crowd bustling in but they do in droves leading Los Angeles Magazine to name it as one of the top venues in Southern California. Diners will find excellent Tex-Mex eats, hearty meat and vegetarian sandwiches and drinks to fill their bellies as well as their heads full of song. Do-see-do up to the tables for a Santa Maria tri-tip stuffed bun dripping with melted cheese and grilled onions ($15), a classic burger ($10) or a kale salad with tangy critrus parmesan dressing ($10).

Two Things To Do: 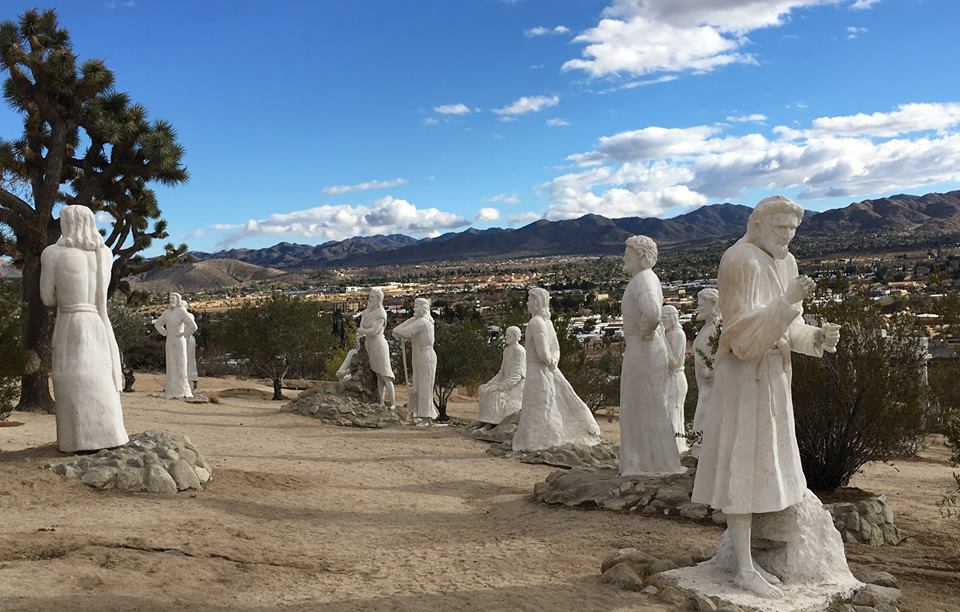 Overlooking the desert floor of Yucca Valley,  Desert Christ Park is a Christian-themed park. No need to be a believer or a follower to enjoy walking through the life-sized steel enforced concrete statues. It’s a contemplative stroll through one man’s faith but also a dreamlike experience of stark white sculptures against the barren landscape populated with Joshua trees.

One Place to Stay: (Besides your Yucca Valley Home Purchased from John Sloan Real Estate Group) 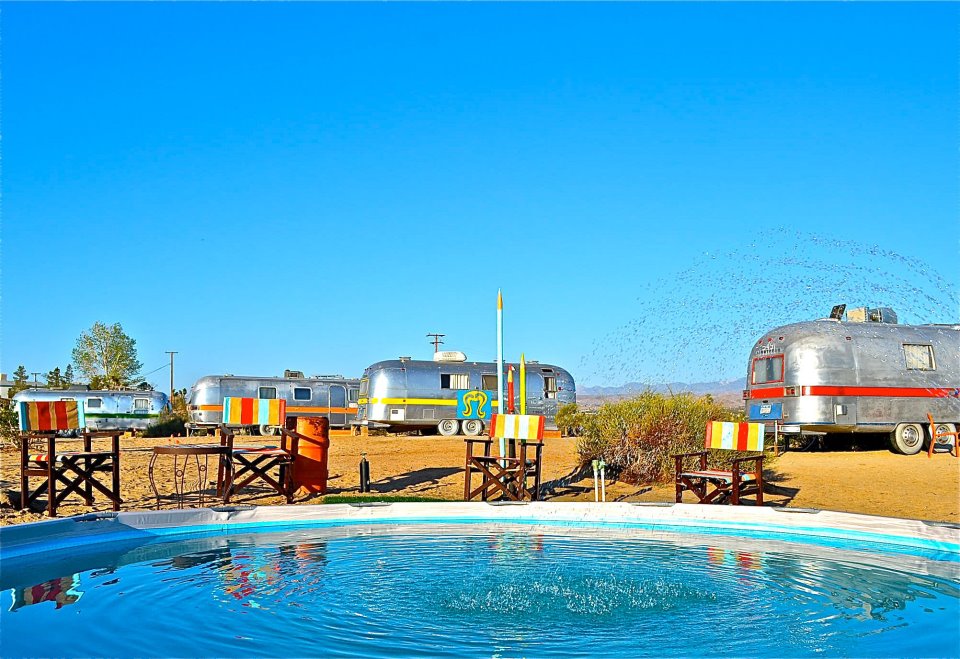 It goes without saying that Kate’s Lazy Desert is a fun, kitsch filled hotel. Owned by Kate Pierson, singer for the B-52s (“Rock Lobster,” “Love Shack,” “My Own Private Idaho”)  Technically, more of a mobile park the semi-resort with an above the ground pool offers six vintage Airstream trailers, each painted by a different artist. Each “room” is themed such as the “Hot Lava” with red and orange amorphorous designs throughout, the “Hairstream” with references to the Pierson’s performing past and “Planet Air” with subtle references to the appealing cartoon The Jetson’s.

Now, if you’ve stayed in the desert and love it, buy a house. From us, of course.

Posted in Cathedral City, Entrepreneurs, Food, Independent Stores, La Copine, Pappy & Harriet's, Things To Do in Yucca Valley, Yucca Valley
no comments yet
Please enable Javascript to comment on this blog
Like or Share
Loading likes...